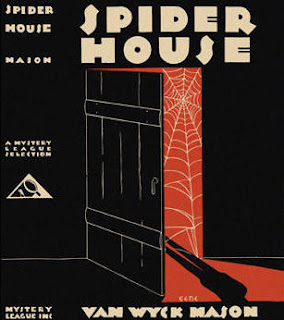 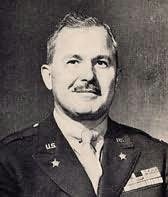 About the author: Wikipedia states in his biography: Francis Van Wyck Mason (November 11, 1901 – August 28, 1978) (aka Geoffrey Coffin, Frank W Mason, Ward Weaver) was an American historian and novelist. He had a long and prolific career as a writer spanning 50 years and including 78 published novels, many of which were best sellers and well received.

Eccentric Ezra Boonton, "Spider of the Street", is a retired financier who has swindled many to build his fortune, and now lives on the second floor of a house fortified with various gadgets to protect him from his supposed enemies. Captain Janos Catlin of the State Police has gone to see him on a request for protection.

While Catlin is there, butler/bodyguard Terence Kelly is shot when no one is looking. Catlin and his team decide to spend the night. He winds up locked in a closet, and when he gets out finds that (Ezra) Boonton has been killed upstairs as well; and no weapon can be found.

Sexy Dora Delray is hesitant to talk, but invites Catlin to her place (wink, wink). While there, they are both abducted by a gang. Trooper Matt McNulty had been outside on guard, but he is found dead also. While investigating the gang, Dr. George Lawes is abducted; and held hostage on a beat-up houseboat tied up on the river.

This is a version of a locked-room mystery, which has turned into a locked-entire-second-floor mystery. A bit daring, with the killings occurring under the nose of the state police. Red herrings abound. It is remarkable that there is only one woman in the book - and this one is the one your mother warned you about.

The drug smuggling gang seems to be a popular theme of the 1930's. The action all culminates in a big fight on the houseboat, quite satisfying.

Note that the text uses stereotypes and pejorative terms for various nationalities, unacceptable today but common in writing of the time.

If you are fan of mansions with elaborate built-in electrical tricks, you may also enjoy The Secret House by Edgar Wallace (1919).
Posted by Rick Mills at 10:45 AM